All I knew going in was the date. I’d been invited to something called The Secret Sessions. It promised a one of a kind combination of cult classic film, live theatre, audience participation, and food. They had me at cult film, so with a little trepidation about the participation aspect, I went ahead and booked it. Which led to one of the best evenings of my life.

On that afternoon, I received a mysterious email with the downtown directions and audience dress code – and some subtle hints about the movie we’d be experiencing. Hmm, newscasters, 70s, being told to stay classy… It was Anchorman! 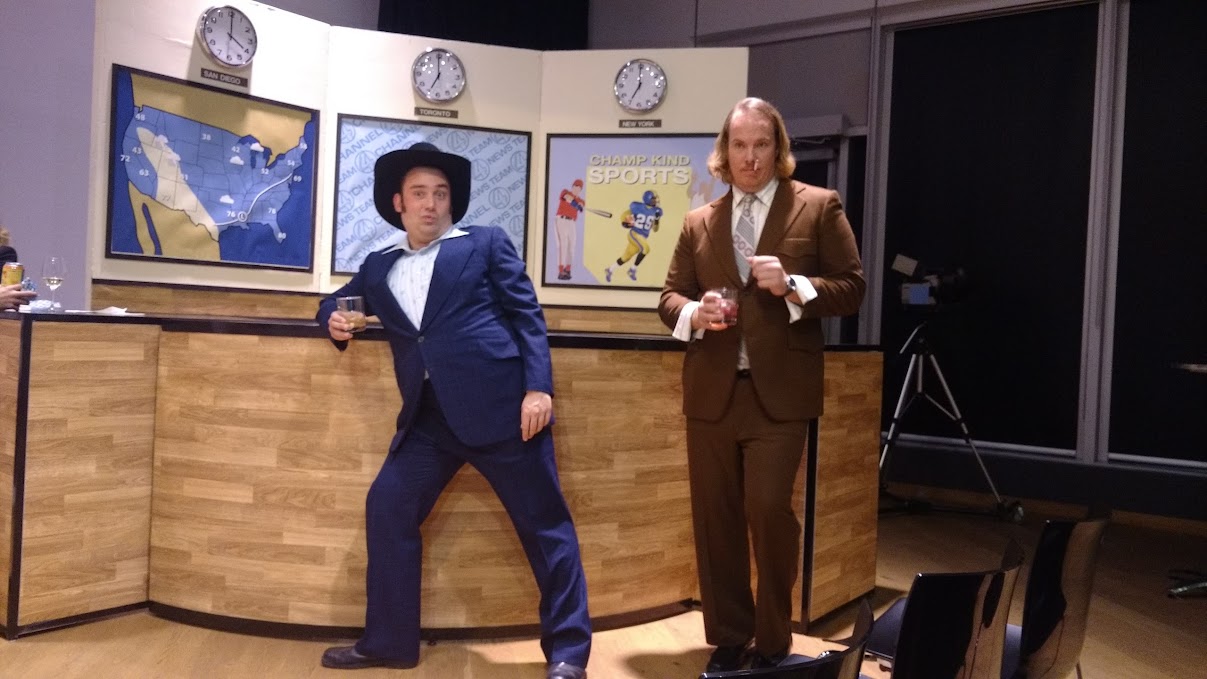 My guest and I cobbled together our finest suits and moustaches and headed to the venue. On arrival we were assigned to different news teams, and then ushered into Tino’s bar. A variety of themed drinks were on offer, next to chips and salsa (from local boys, Neal Brothers), and a full burrito station. 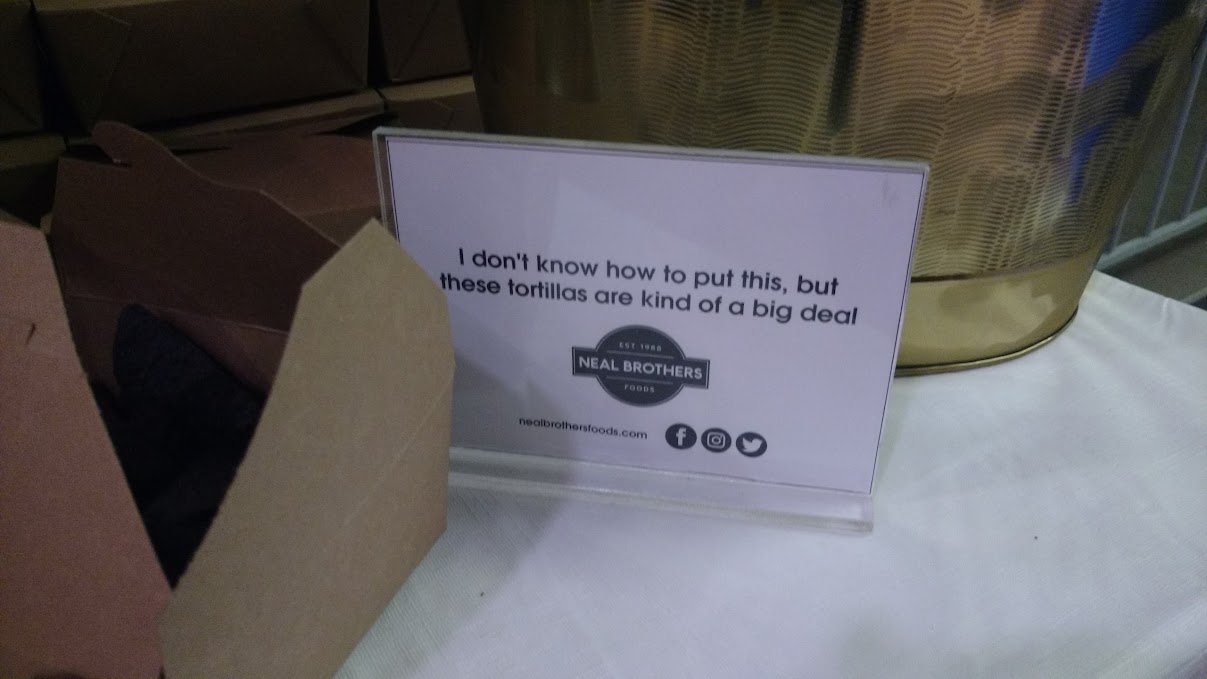 We grabbed our provisions and then examined our surroundings – the Channel 4 news room! The sets pieces were staged around the room, and the attention to detail was incredible. 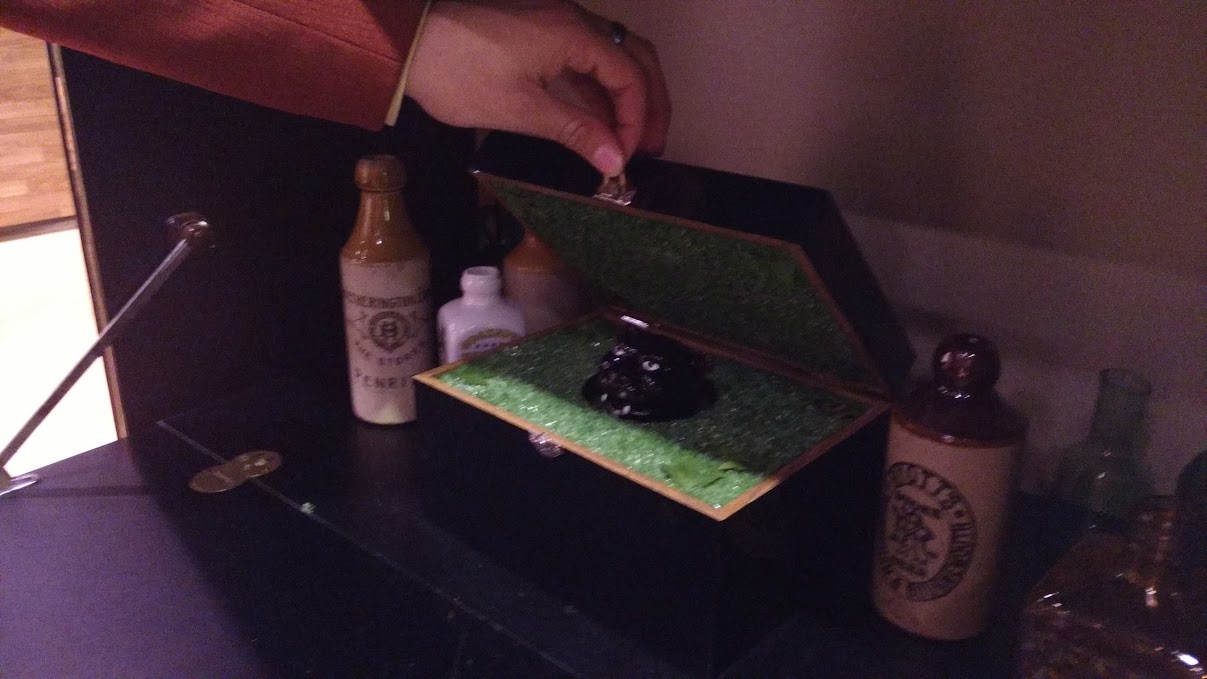 Shortly after that, some very classy news men joined the party. After mingling with the attendees, it was announced that we’d each been assigned to one of their teams, for the big news anchor brawl. With my (fake) lead pipe in hand, I prepared to take out daytime news – when suddenly the lights went down, and we were in the movie. 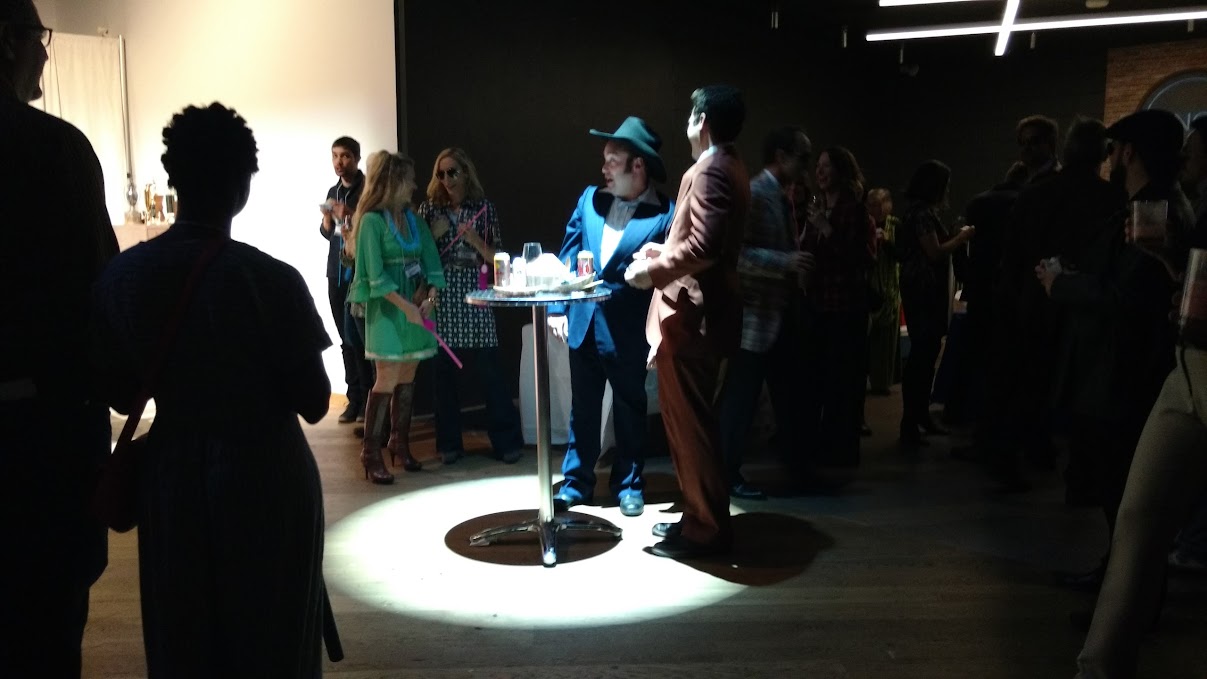 The rest of the cast arrived (including Papa Burgundy himself) and began performing vignettes from the film around us. We’d watch Ron trying impress Veronica with his workout in one corner, and then see Brick trying to eat a big red candle in another. 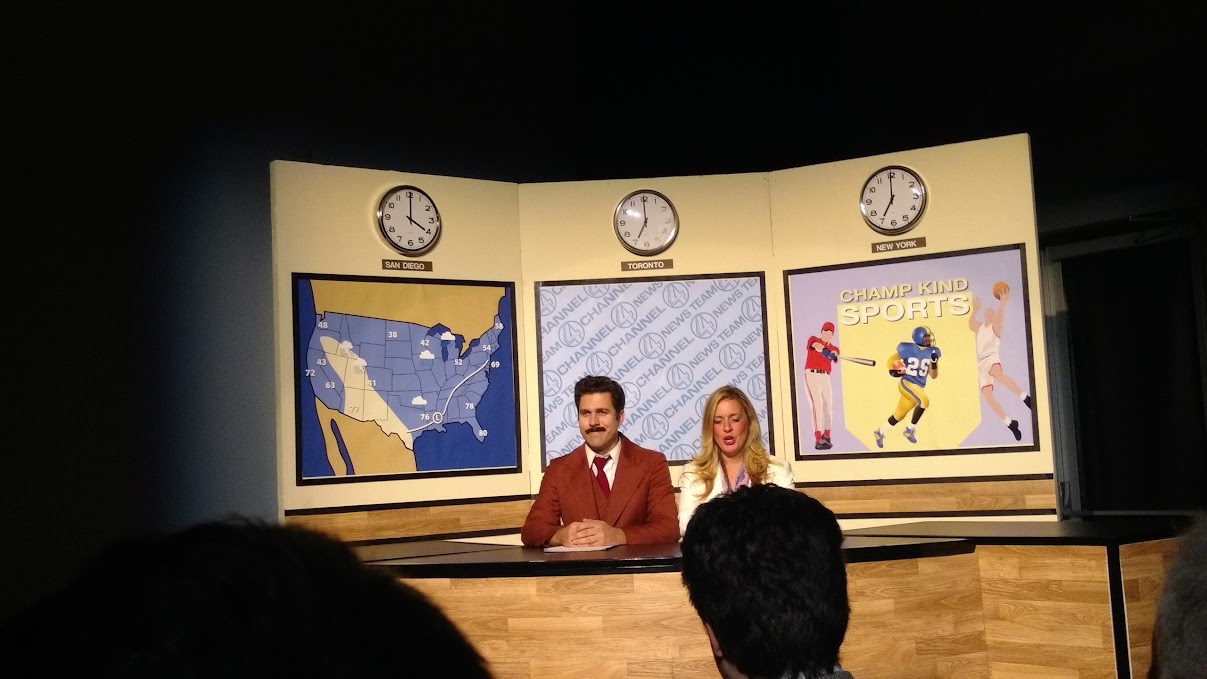 In between scenes, the cocktail party continued and we had a chance to meet and chat with the other attendees. Those who had time to put together costumes gave it their all, and the vibe had quickly turned from nervous excitement and self-consciousness to giddy delight. 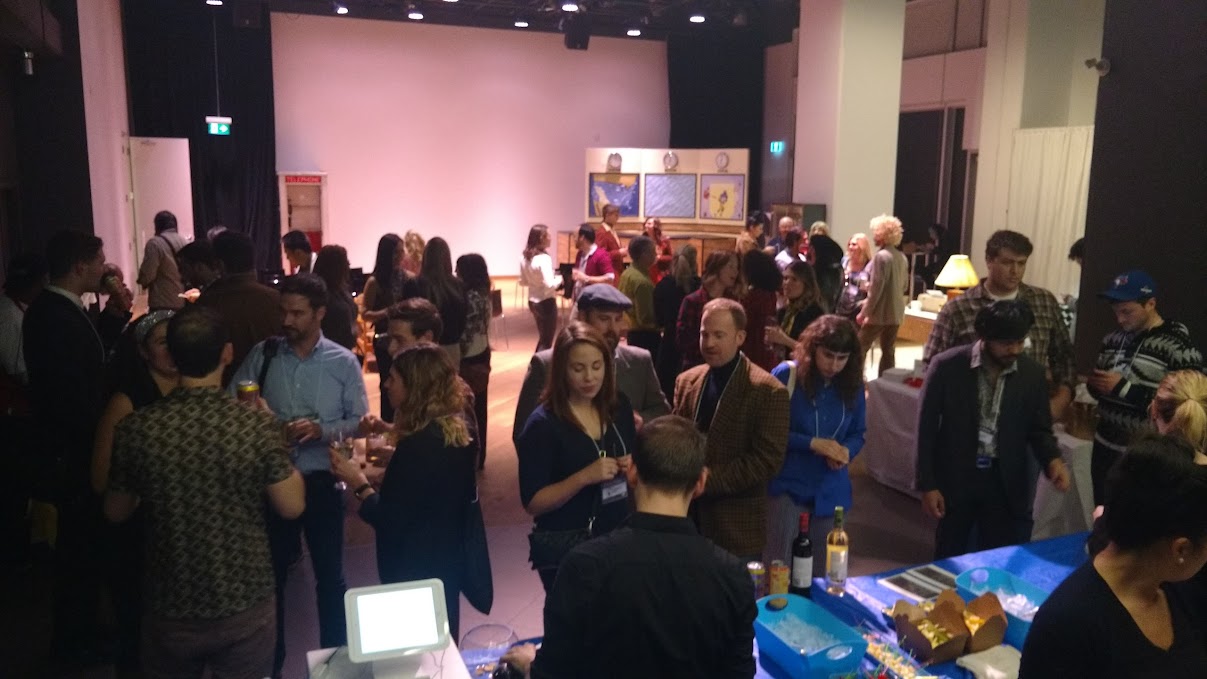 After the choice scenes were done, we were seated for the movie itself. But the theatre portion of the night hadn’t ended. Much like a Rocky Horror showing, the cast would rejoin us at intervals to act along with the characters on screen. 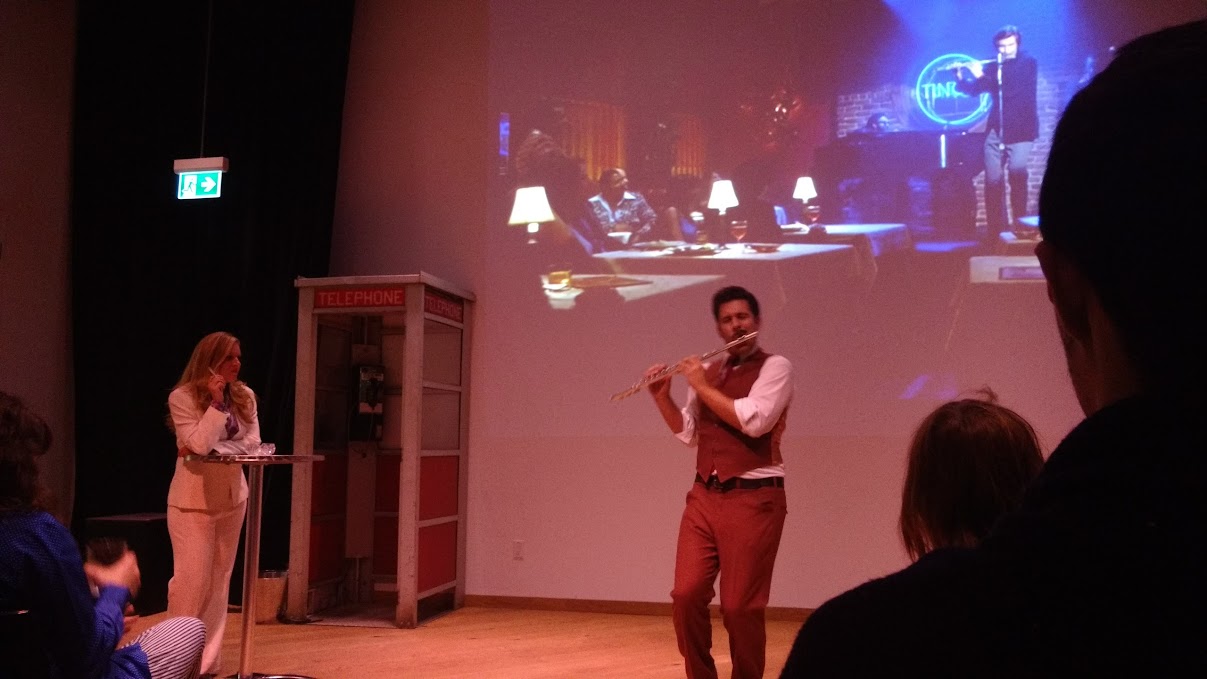 I’ve seen Anchorman countless times, and could probably quote it all by heart myself. But seeing Ron in front of us in his “glass case of emotion” was hilarious and unreal. And when Baxter returned to save them from the bears, I felt myself get misty. 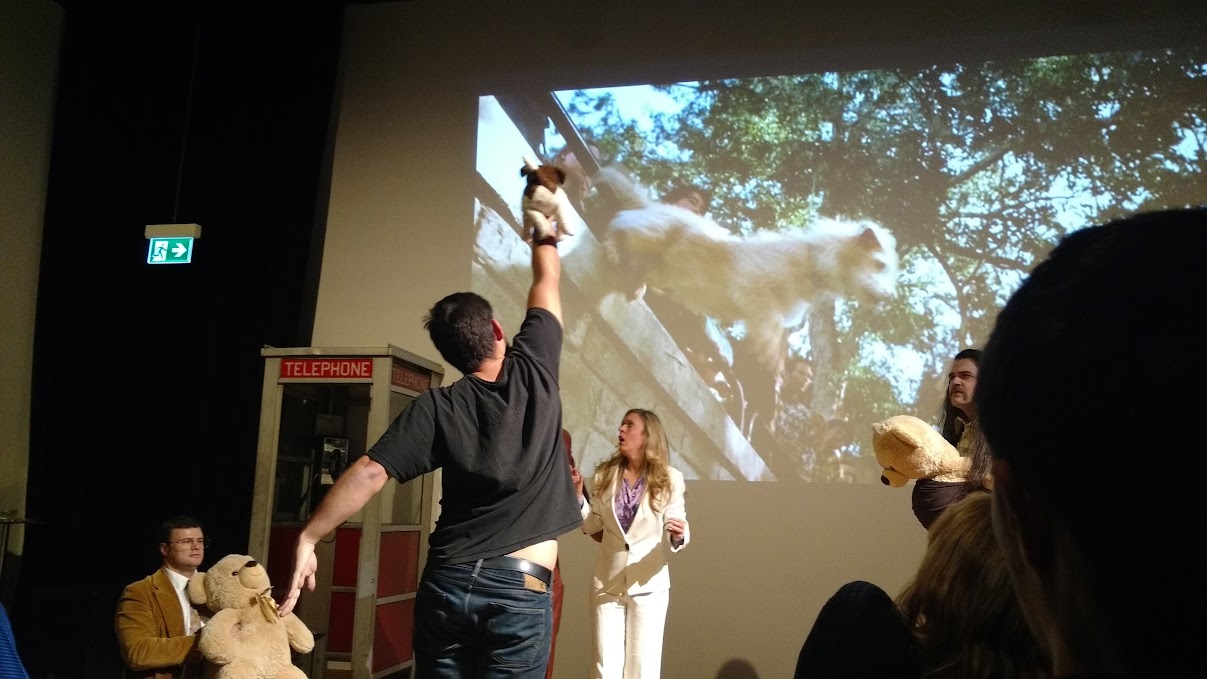 After an experience like that, I obviously needed to know more. I was fortunate enough to get some interview questions to the founders, Bronwyn Cuthbertson and Jennifer Dysart: 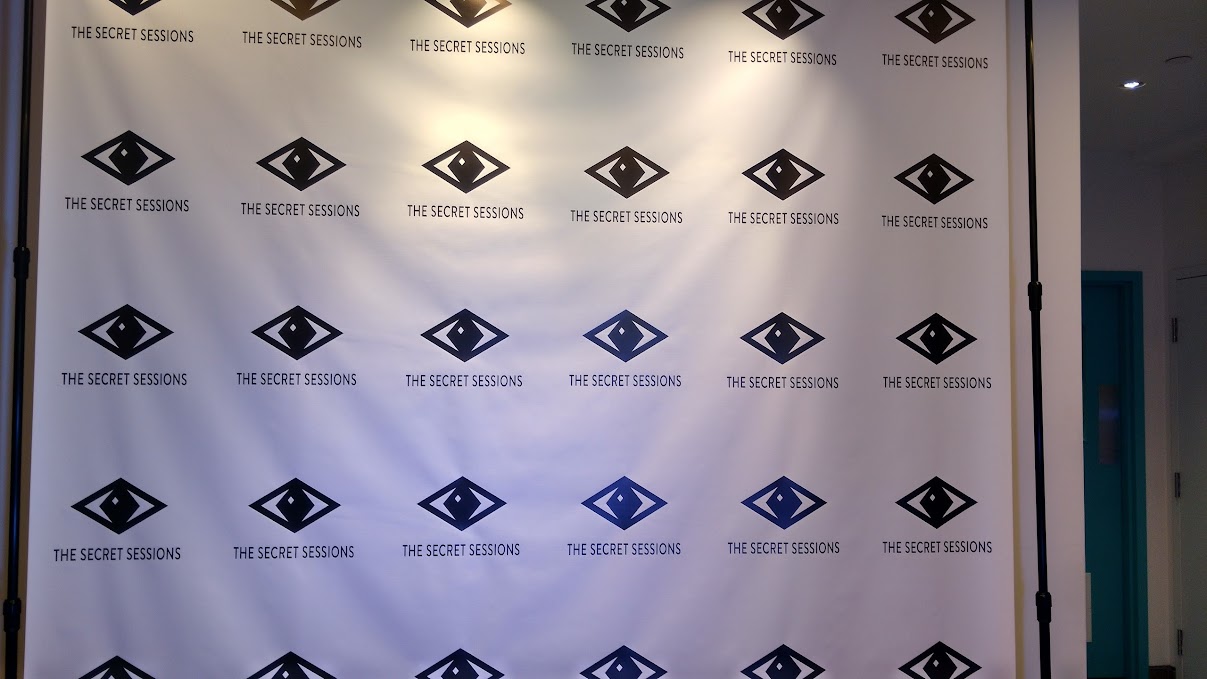 This is an incredible concept! What inspired it/what were some of your influences?
We drew our inspiration from London’s Secret Cinema and New York’s Sleep No More. The Movie Experience offers the audience an opportunity to live the film and is a happy marriage between live theatre and cinema. At The Secret Sessions we want to create events that help bring people together in a meaningful way. We have attended many events in Toronto where you end up only engaging with the people you attended the event with. We want to change that with our events, so they are designed to encourage interactions among all attendees. We want to build a community of people who are ‘in on the secret’.

How long was the development process? From concept to opening night, how long as this been in the works?
We put the wheels in motion to found The Secret Sessions in early 2016 and by April we were officially incorporated. By late May we picked our venue for our inaugural event and had our set designer on board. Over the summer we finalized the event script and event logistics plan and began implementation with our website launch in September. Work is already underway for our second event in March 2017.

How are you deciding on the films to use? Most quotable?
We look for cult classic films that are set in locations that we can turn into fun interactive worlds for audience members. There are so many great classic films to choose from, but some do not lend themselves to a world we can easily transport an audience into. We also need films where we can create a fun role for the audience. We really want audience to feel like they are part of the action at our events. It’s about connecting and feeling creative with friends and strangers in a shared experience.

The cast was fantastic – how long was their prep for the performance?
We cast at the end of September/beginning of October. Rehearsals started the 2nd week in October and took place over 7 days. With such a talented cast we needed less rehearsal time then we had originally anticipated. Due to the improvised nature of the event there were many elements that were difficult to rehearse without a live audience but the cast each did a lot of self-preparation to ensure they are able to roll with whatever the crowd throws their way. One of our requirements when casting were that the actors were comfortable improvising and a lot of them are veteran comedians and improvisation actors.

Do you find that audiences are more, less or just as receptive to the experience as you expected?
Our goal was to create a night that was ridiculously fun. Being our first event we weren’t sure how the audience would response and react but the feedback has been great. Due to the secretive nature of our events people really don’t know what to expect and you can sense a bit of nervous energy when they arrive at the event. By the end of the night everyone is laughing and having a lot of fun. It’s been really neat to see the reactions of the audience and for people to be genuinely surprised by what transpires in the evening events.

Can you provide just a hint of what lies in store for future shows?
We already have three events lined up for 2017, but it is top secret what films we will be screening. Audiences can expect to be drawn into new worlds in creative spaces around Toronto. Our next event will be in early March 2017 — keep your eyes and ears on http://www.thesecretsessions.ca for hints.

The entire ensemble was incredible, bringing the characters to life and managing to improv with ease throughout their crowd interactions. But I have to give a special shoutout to Will Conlon for his absolutely uncanny portrayal of Brick. My group had a sustained conversation with ‘Brick’ that was easily as funny as any scene in the movie itself.

I am so happy that something like this exists in Toronto. When I was first told of it, the premise completely overwhelmed my normal inclination to avoid interactions with strangers, and for that I am grateful. Here was something that promised to be refreshing, different, and quite possibly a peek a new art form. And I ended up having just a wild (and classy) time. 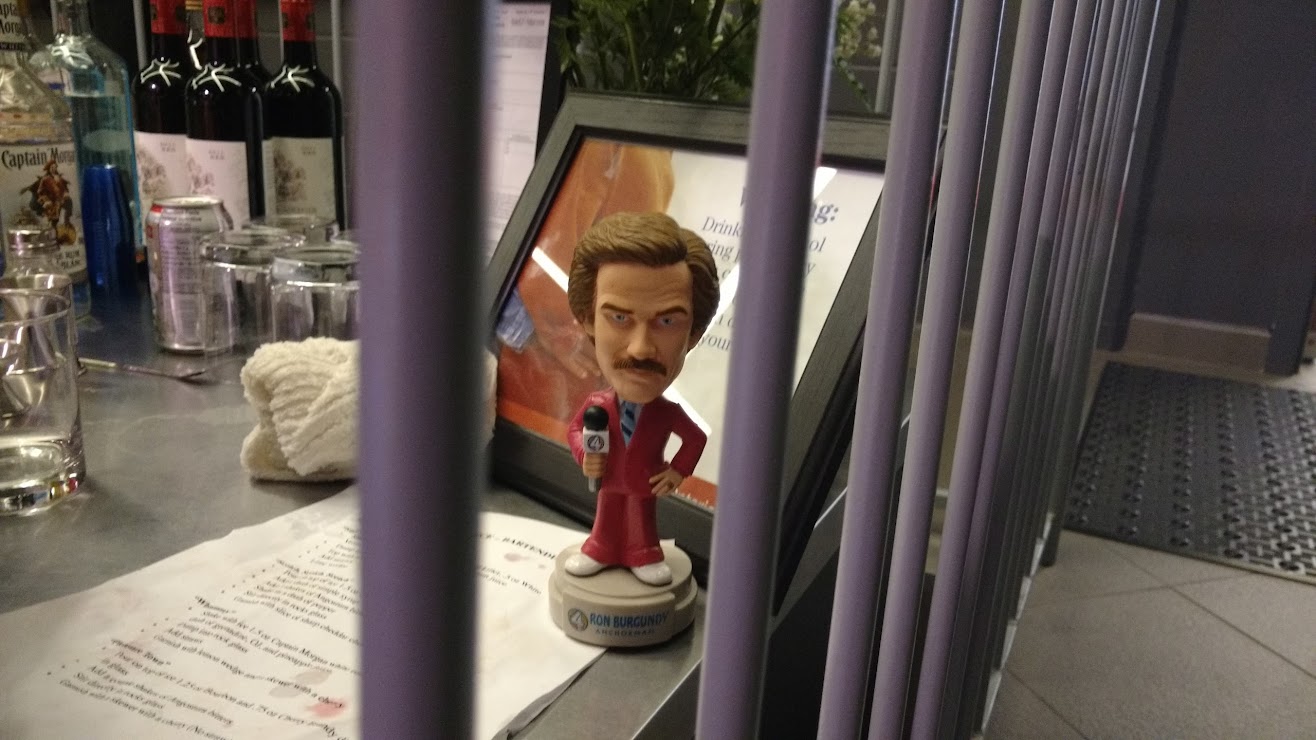 In the interest of full disclosure, I will note that I received complementary passes to the show. However, and I say this with all sincerity, I will be buying my own tickets to the next session in May. I love this idea, and I was so impressed with the execution. I can’t wait to see what the next Secret Session has in store!

See the full gallery for The Secret Sessions presents Anchorman!