Impossible as it may seem, summer is finally upon us. Which means it’s time for beer festivals a-plenty! Trying something new, the Society of Beer Drinking Ladies advertised a first for the city – a beer festival on the Toronto Island! Sadly, it wasn’t meant to be, as flooding has kept the Island closed even as our weather has steadily improved. Nevertheless, they persisted, and were able to pull off the festival as planned on the mainland instead. 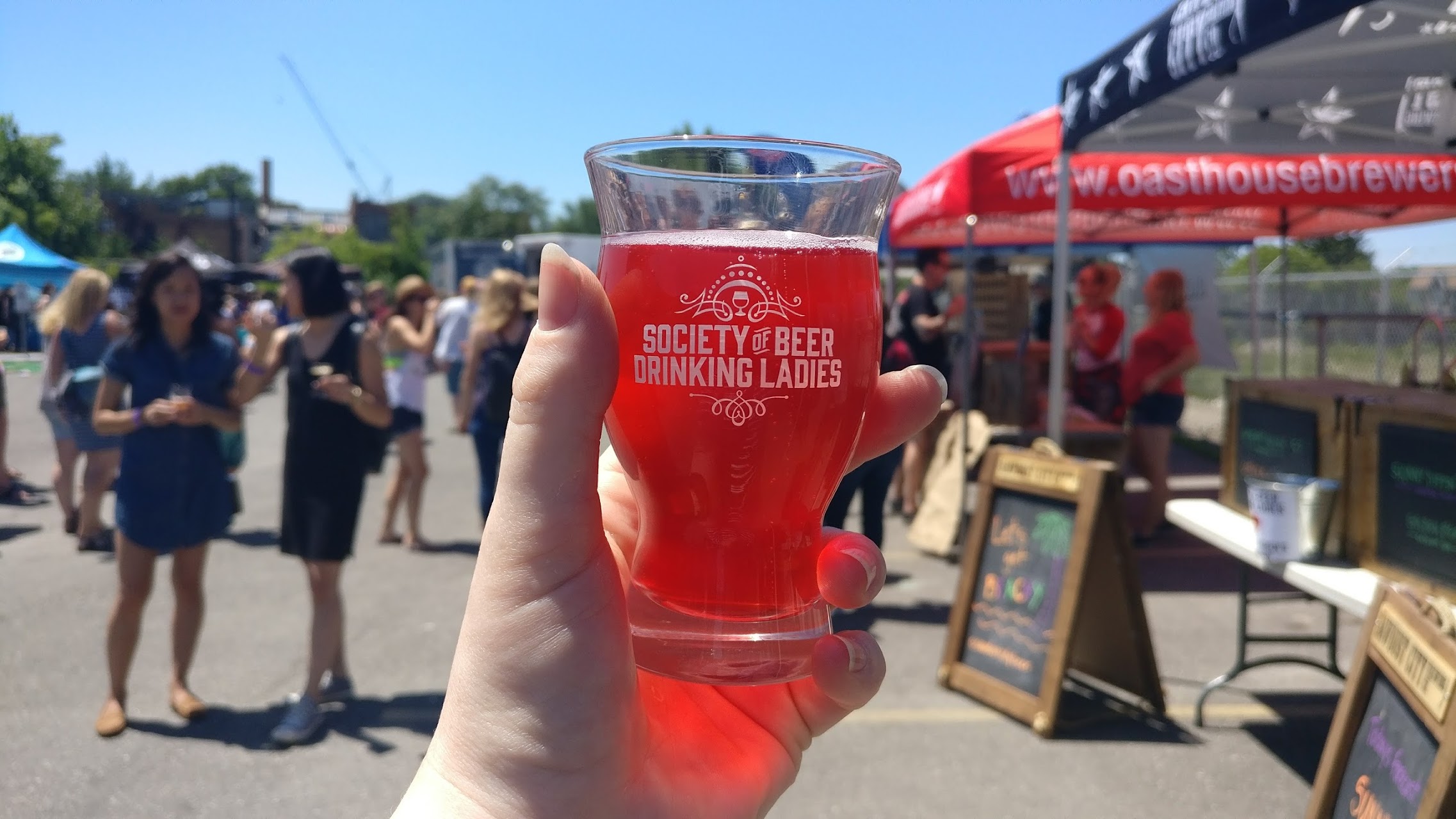 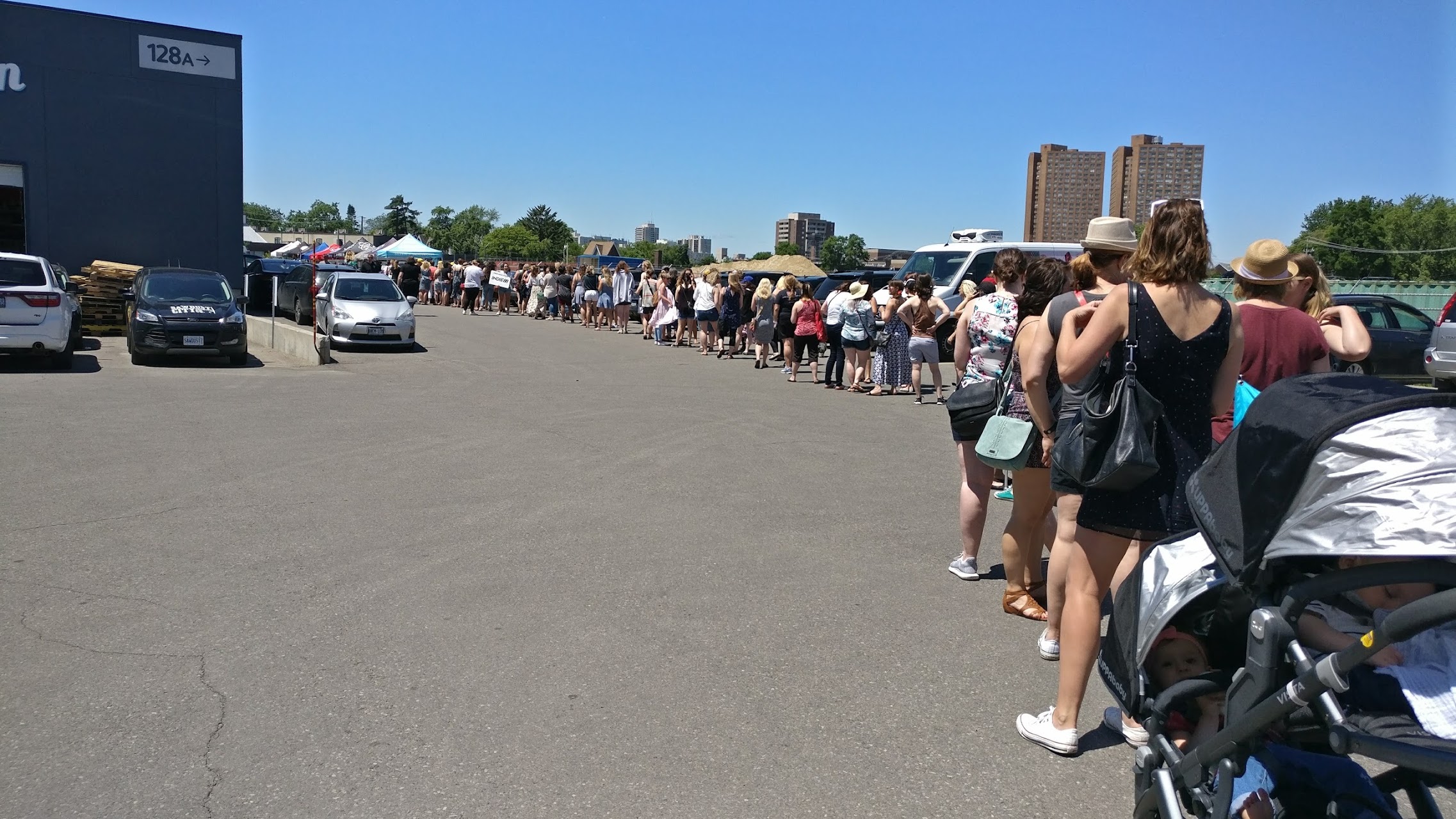 It was a pretty hot day, with a kicker of a breeze that played havoc with the various vendor stands. But it was also the very picture of a Summer Day, with the sun smiling down at us from a gorgeous blue sky. 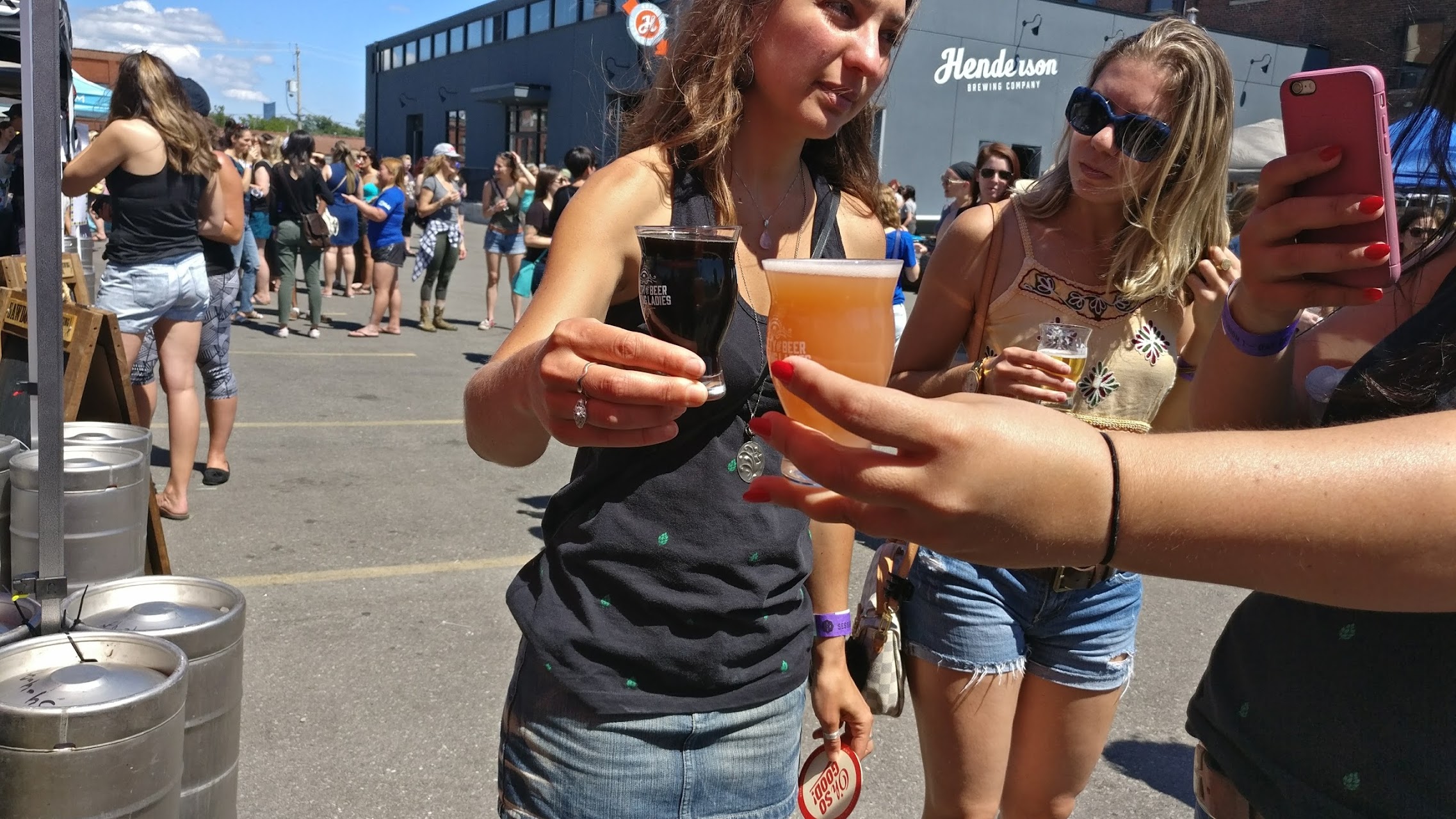 Food vendors filled the area with mouth-watering aromas, but for us the winner was the beer popsicle. 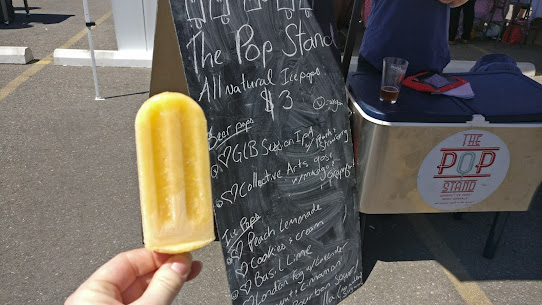 Games had seen set out, and Indie 88 was there with their sweet free sunglasses. 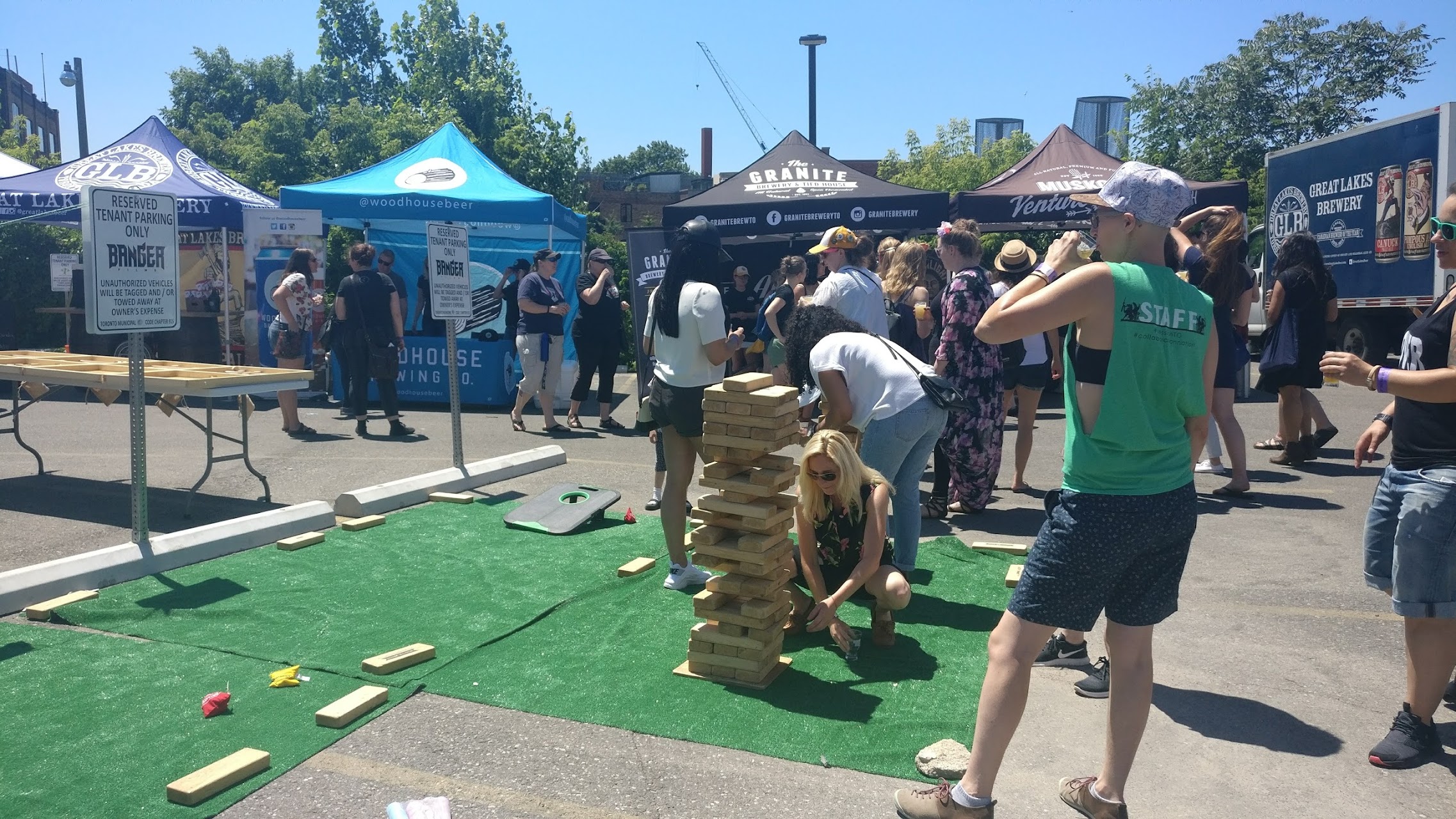 The Artisan Women’s Makers Market area brought back more lady-made or on-theme items for sale. Sweet headbands, classy bottle openers, and cute cross-stitching were some of my fav features. 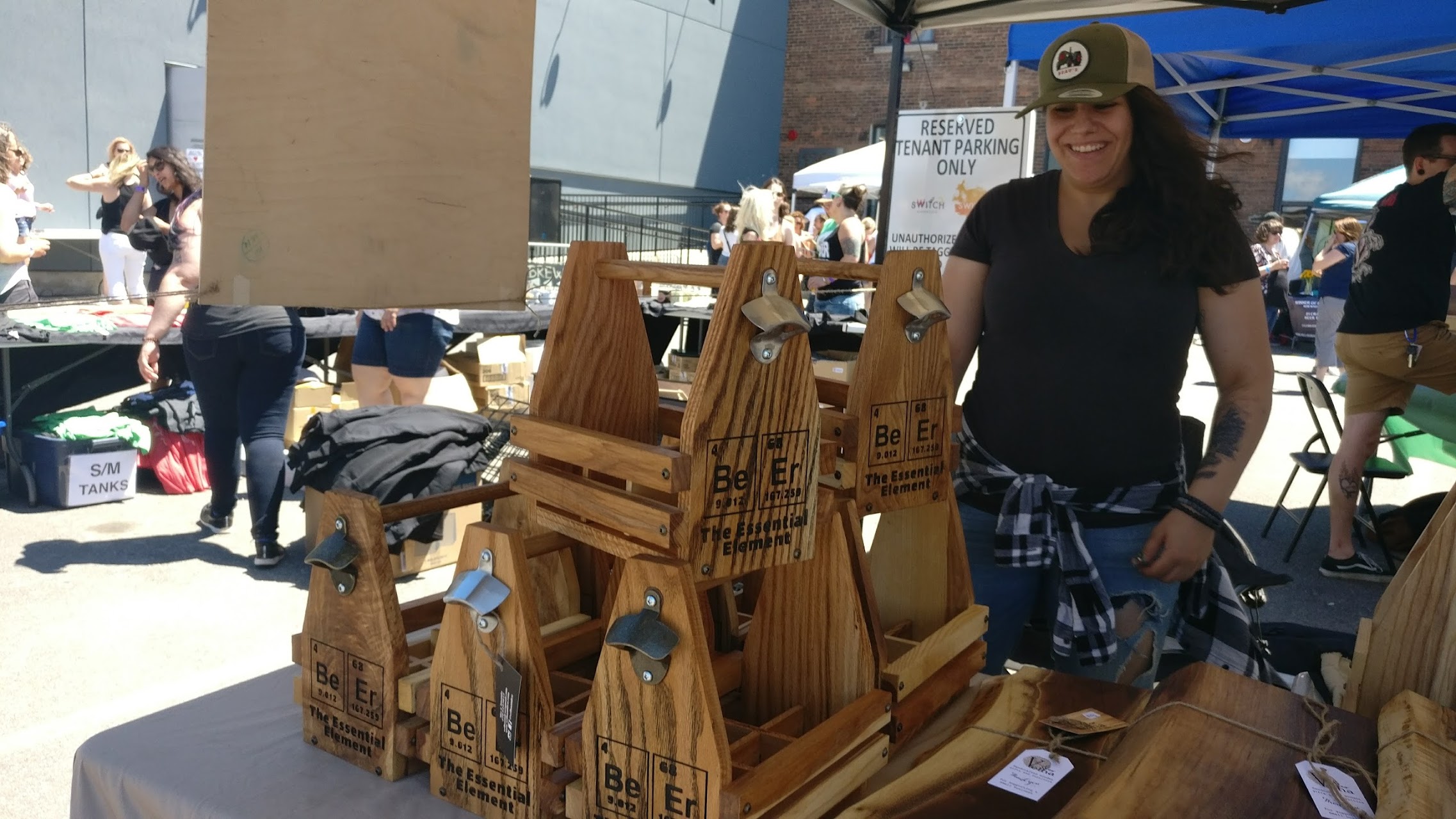 Our good friends at Craft Beer Passport were present to debut the new app version of the program. With both Henderson’s and nearby Lansdown on the list of participating bars, it was a great opportunity to start exploring! 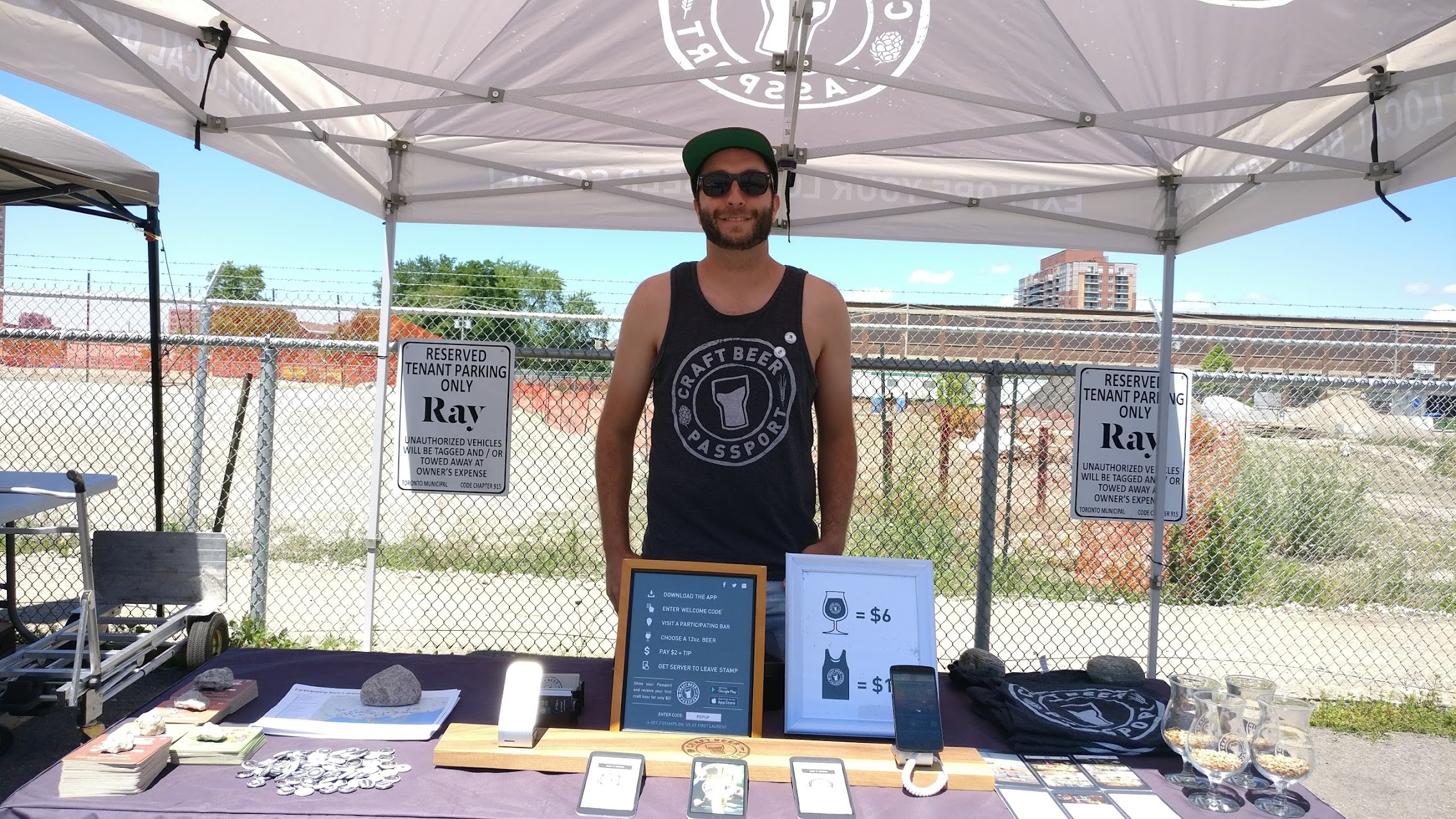 But how can we forget the most important guests of all? The breweries! 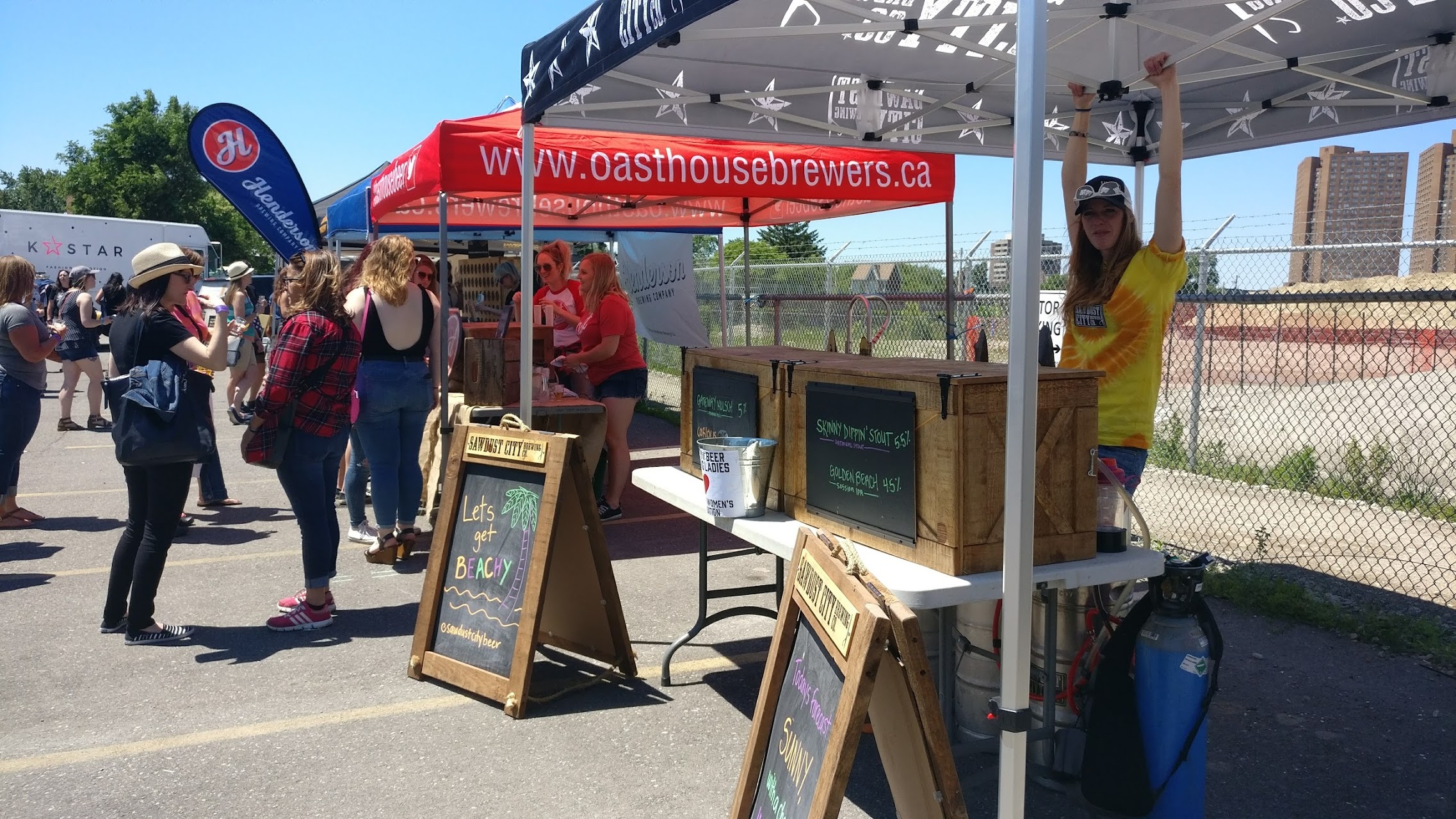 There was a good mix of the Toronto standards and some welcome newcomers. 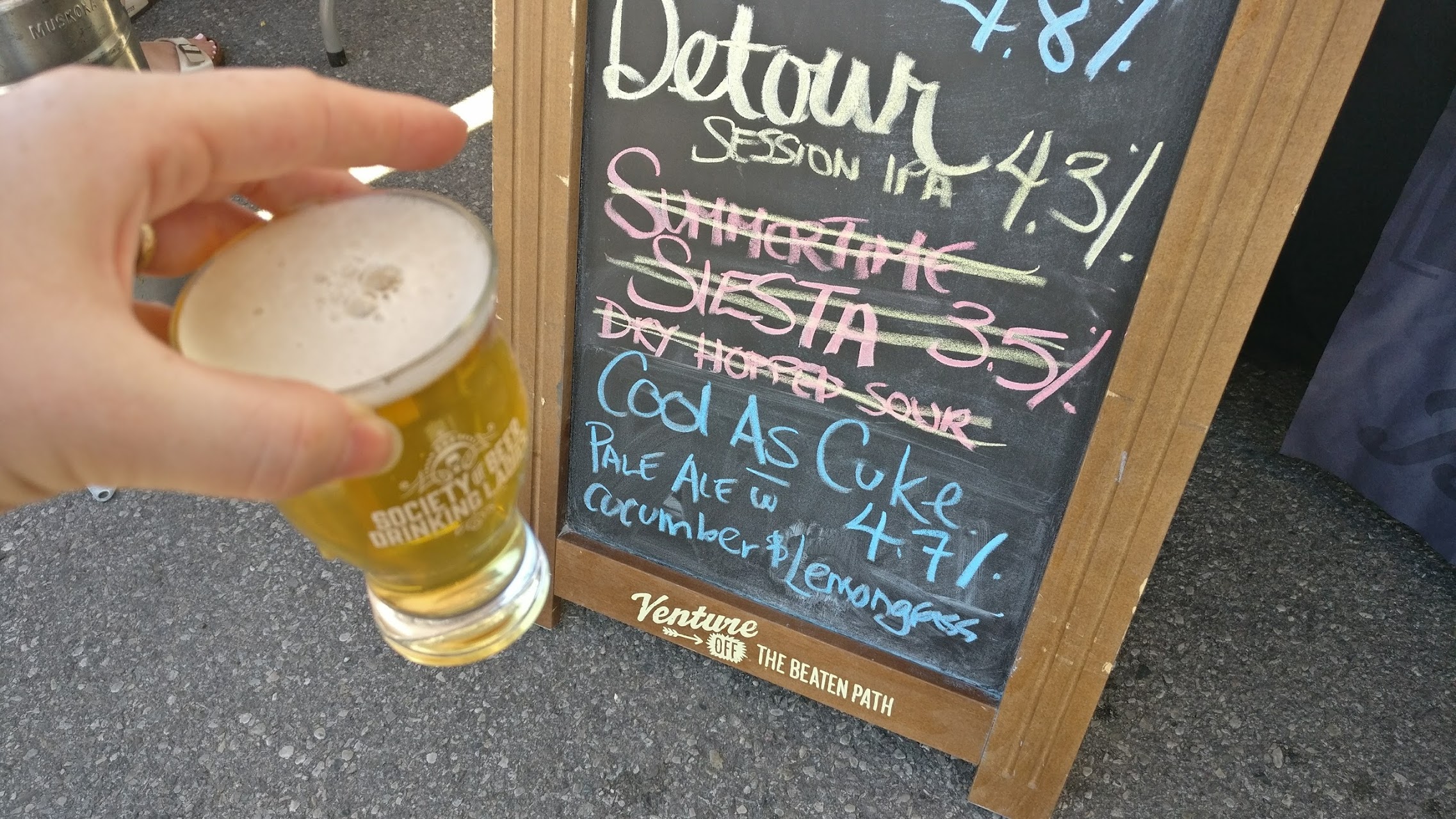 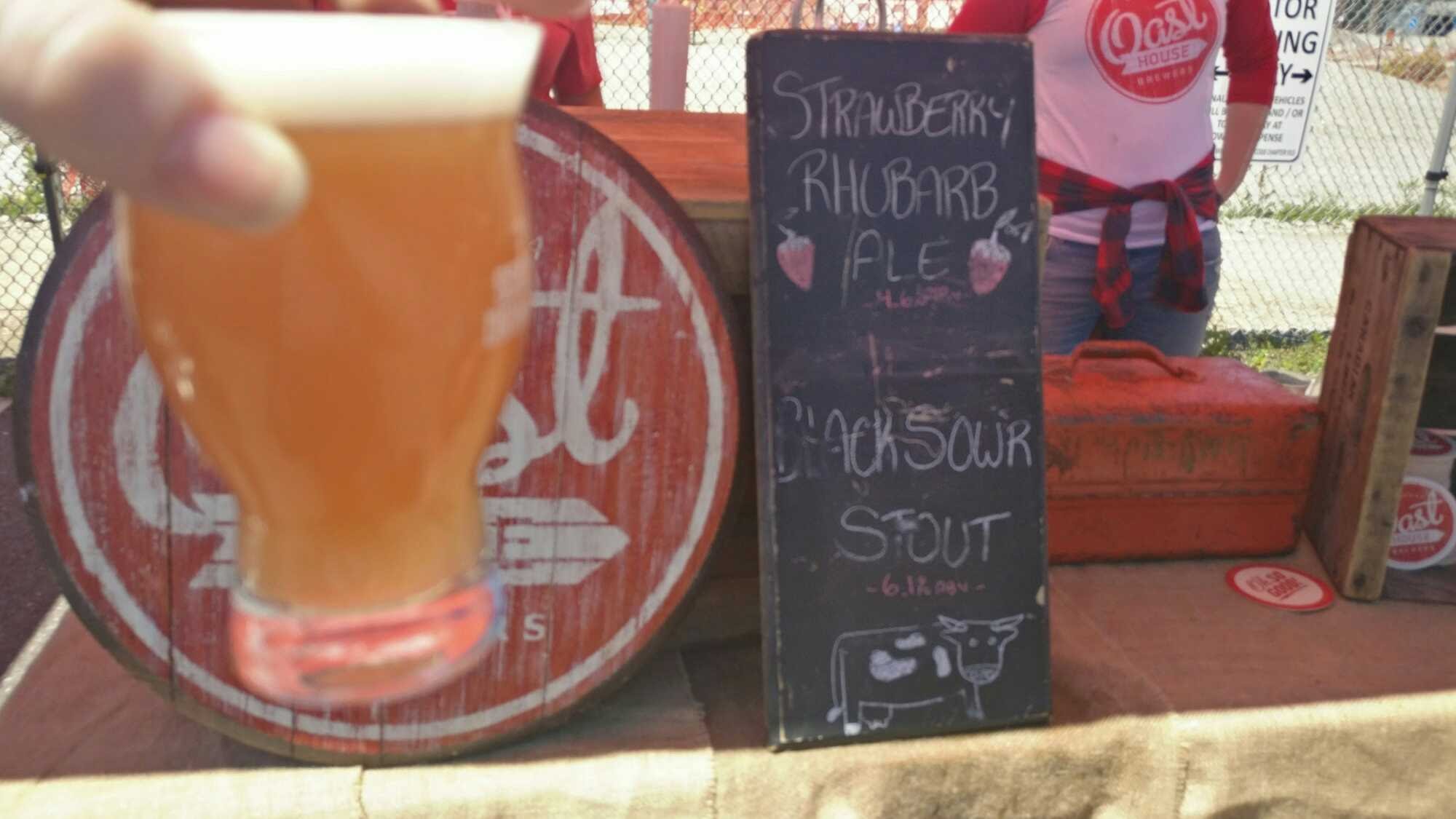 A new feature this round was the ability to choose either an afternoon or morning session. We went with morning to capitalize on the rest of the day, and for us that was perfect. There was a good crowd, but it never felt crowded. I imagine that the evening session saw higher attendance, but am sure that everyone had plenty of room to relax and enjoy.

The venue wasn’t ideal, which was my only real complaint. I get that the Island wasn’t an option, and with short notice it can’t have been easy to pull together an alternative. The consensus from those I polled was that a day on the Island is always more work than you anticipate. Getting to the port and catching a ferry over always adds at least two hours to any event. But while we didn’t really miss the Island part of it too much, it is a shame that we couldn’t return to Brickworks. The asphalt of the Henderson’s parking lot only increased the heat, and the lack of any real shade aside from the dog tent meant that we had to bail after only a few hours. 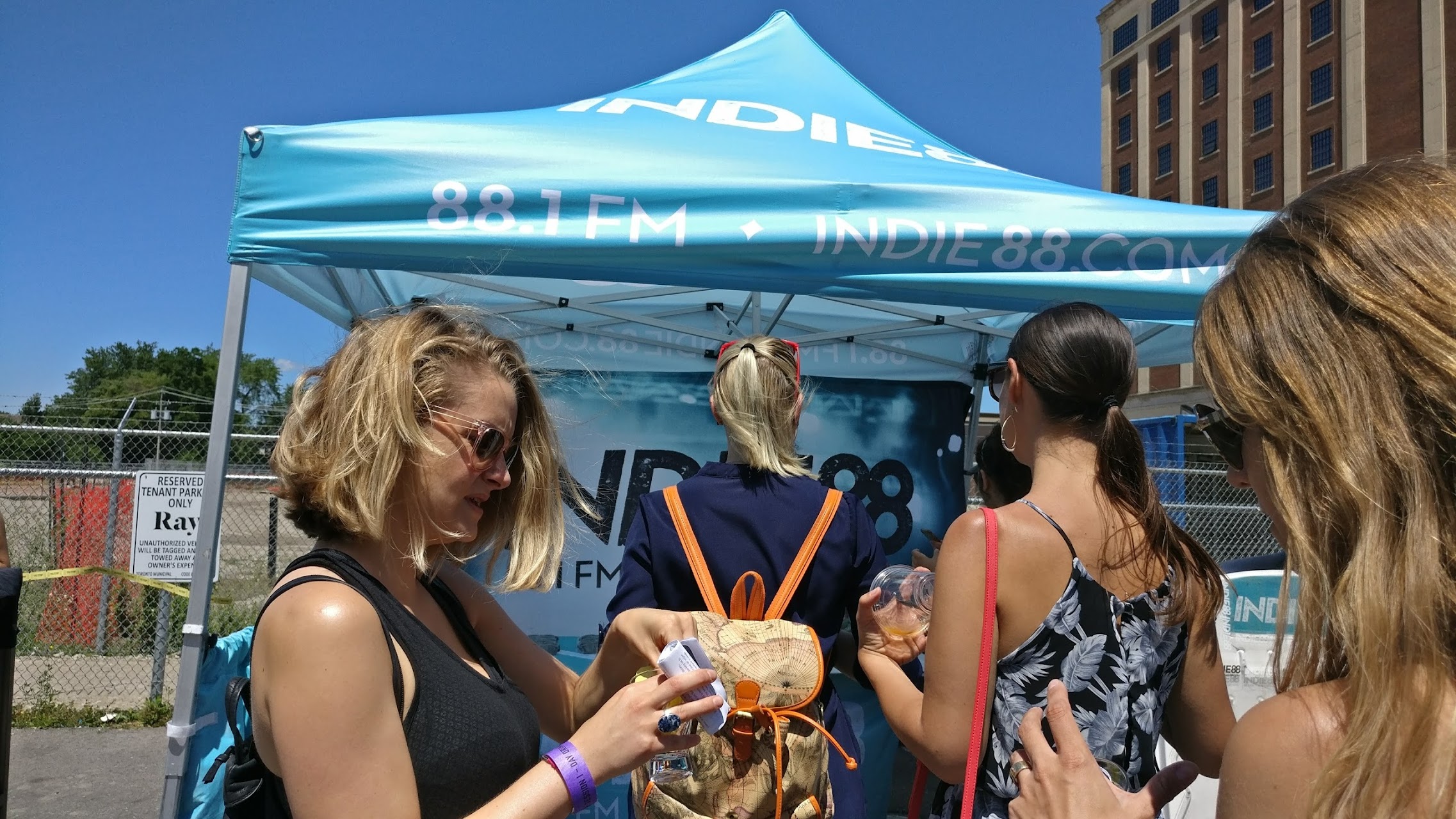 Aside from all that though, the general feeling was still one of contentment. The subtle sensation of realizing that all the people around you quaffing beer are ladies is “just…kinda nice.” One tipsy bloke leaving the brewery looked longingly on at the festival like it was the Isle of the Amazons, but didn’t push his luck or try to shout us down. We were left in peace to celebrate each other and our shared passion for craft beer. 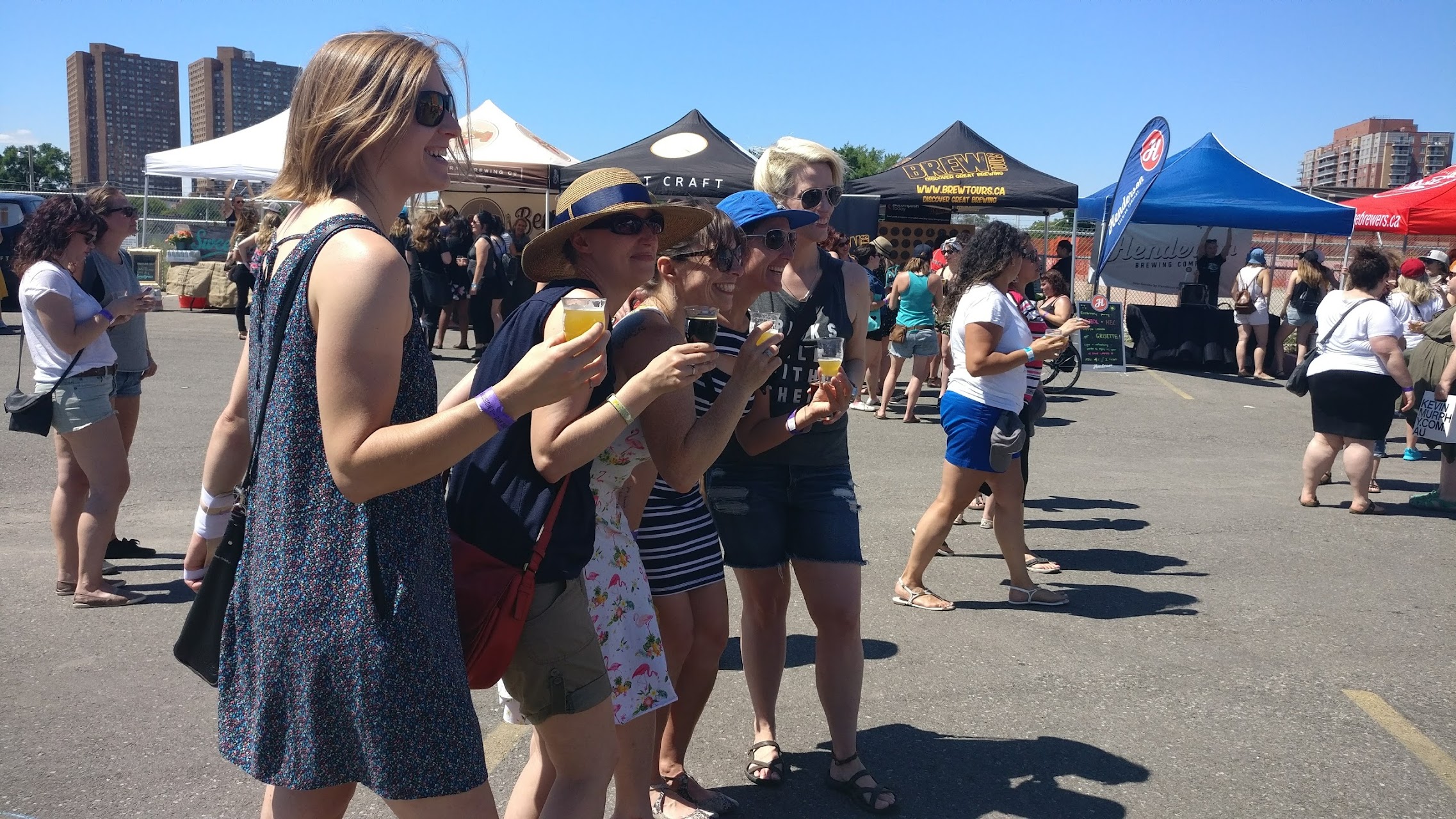 One group said that their only suggestion is that the festival should be better advertised. They had only come as guests of friends, with no idea about the festival (or SOBDL) otherwise. “All the women in the city should know about this!” And I couldn’t agree more.

« Movie Review: In the Name of All Canadians
Spotlight On: Craft Beer Passport 2017 »